Is adoring ripped guys in underwear bad for us? 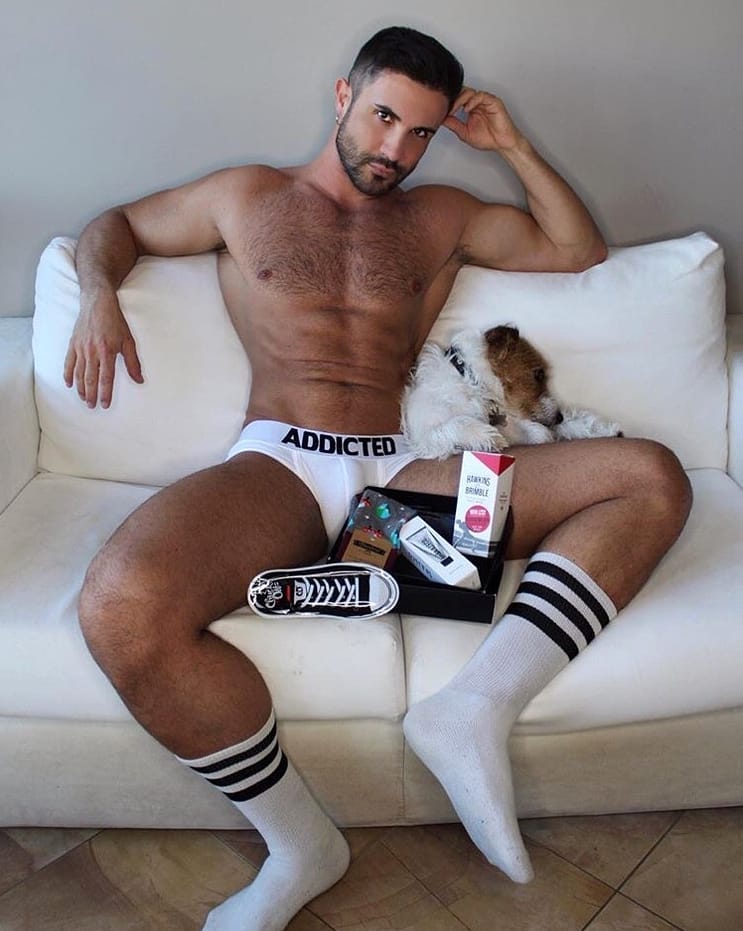 When Sam Smith came out with his body-positive image just a bit ago, it seemed like a lid had been lifted of something everyone had been thinking and feeling. Or is it so? Why do we thirst on Instagram influencers that do not seem to carry the same message or do they? Furthermore, is it bad for us?

We’ve all been there. You know, scrolling through our Instagram feed and liking just the ones we believe are the hotties. Don’t deny it, you’re among friends here. Most of us do it.

Look at this pair of ES Collection, that is one of the possible choices this month in our #GayPack – sign up now at www.nextgaything.com (link in bio)!

In the study participants responded to two separate questions in which they were asked how they would define a masculine/”butch” gay man and a feminine/”femme” gay man.

For both of these questions, participants mostly indicated personality and physical traits that were stereotypically masculine (for example not very emotional, competitive and muscular) and feminine (affective/emotional, passive, and small framed). Besides this, the second part was how easily they would pass as “straight” in public – the “butch” ones more easily and the “femme” ones.

Or maybe Marco Marco briefs in your #GayPack? 😍 Sign up now and you’ll be in our next shipping round!

One individual wrote that “a masculine gay man is tough looking, wears plaid and no colours, doesn’t act demonstrative in public” while “a feminine gay man is really fashion conscious and appearance conscious, over-done facial maintenance, hugs and kisses a lot, talks with a lot of gesturing.” So basically a guy who would largely opt for the classical style in our Taste Profile.

Is it good or bad?

Many participants were unable to list how masculine ideals positively impacted their self-image nor that it has any positive effects on their relationships. On the other hand out of those who could list positive sides, said that it promotes physical fitness and some masculine characteristics reportedly did help their relationships in the sense that they could be providers for one another.

Or maybe @addicted_official underwear 💪 in your #GayPack? 😍 Then sign up now and we’ll also add free shipping to the deal!

As one participant wrote:

“I think gay men have difficulty with body image—with the six-pack abdomen, big muscle ideal of the “man’s man” – and with an obsession with the size of the male penis… Many average gay men may feel shame if their own bodies and “members” don’t match the ideal.“

Which all points to the fact that by checking all these fit guys on Instagram, it seems we just obsess about the way we *should* look like as we idealise the “butch” ones which brings us to the question – is that good or bad?

If it does nothing or not very much to help our self-confidence and our relationships but on the other hand pushes us to take better care of ourselves then what is the balance point here? Is it about being happy or living more healthy and longer? You tell me.

Is the body-positive movement the solution?

To seemingly fight this idealistic world,  there’s the ever growing so-called body positivity movement that believes this thirsting on fit guys is bad for us and we should concentrate on liking everyone as they are. The below Sam Smith post is a good example:

In the past if I have ever done a photo shoot with so much as a t-shirt on, I have starved myself for weeks in advance and then picked and prodded at every picture and then normally taken the picture down. Yesterday I decided to fight the fuck back. Reclaim my body and stop trying to change this chest and these hips and these curves that my mum and dad made and love so unconditionally. Some may take this as narcissistic and showing off but if you knew how much courage it took to do this and the body trauma I have experienced as a kid you wouldn’t think those things. Thank you for helping me celebrate my body AS IT IS @ryanpfluger I have never felt safer than I did with you. I’ll always be at war with this bloody mirror but this shoot and this day was a step in the right fucking direction 👅🤘🏼🍑

Wouldn’t it make more sense to concentrate on how people feel in their bodies, no matter their body type? Wouldn’t it be better to tore down the walls of “them” and “us” instead? Perhaps a better idea would be to concentrate on the obsessive side of looks: eating disorders and obesity which both are proven to be very unhealthy, much more so than going to the gym a lot. Shouldn’t we fight addictions, not body-types? What about supporting feeling good in your own body, most of all?

Like we try to do with our Gay Packs where you can get underwear that does make you feel better as they fit well and look even better as well as grooming products that will help you look your best. Not to say you have to look a certain way but being sloppy and ungroomed is not “body positive”.

(By the way, if you get your pack now, you might still fit into our next shipping round!)

What are we doing about it?

As a gay company, every once in a while we get remarks about posting people in our social media who look as the “masculine ideal” and we take this to heart. Because we do care about the well-being of all different gay-men. It’s why we came to be. Especially as we know how much pain this ideal has brought to the community. So why do we post mainly such photos and videos?

The simple reason here is that that most likely due to the same self-confidence issue many men have due to feeling they’d have to look the “masculine ideal”, we don’t get enough posts that would have something to do with us and at the same time would be of high quality, interesting and creative.

It’s why we’ve started our campaign #EveryoneIsHot to show all body types are beautiful and to show it, teach everyone to take better photos of themselves, no matter their body type. Check out our tutorials below:

Admiring or hating certain body types is not good for us as gay men. But the solution is not to bash a part of the community about the way they look. No matter if they’re the “masculine ideal” or just “average” but rather supporting everyone against addictive behaviour, especially if it’s starving yourself, spending all your time at the gym or being obese.

PrevPreviousInstacrush of this week with the hot Polish guy @ladyjakubowsky
NextHow to Go Vegan: Vegan Skincare and GroomingNext
Facebook
Twitter