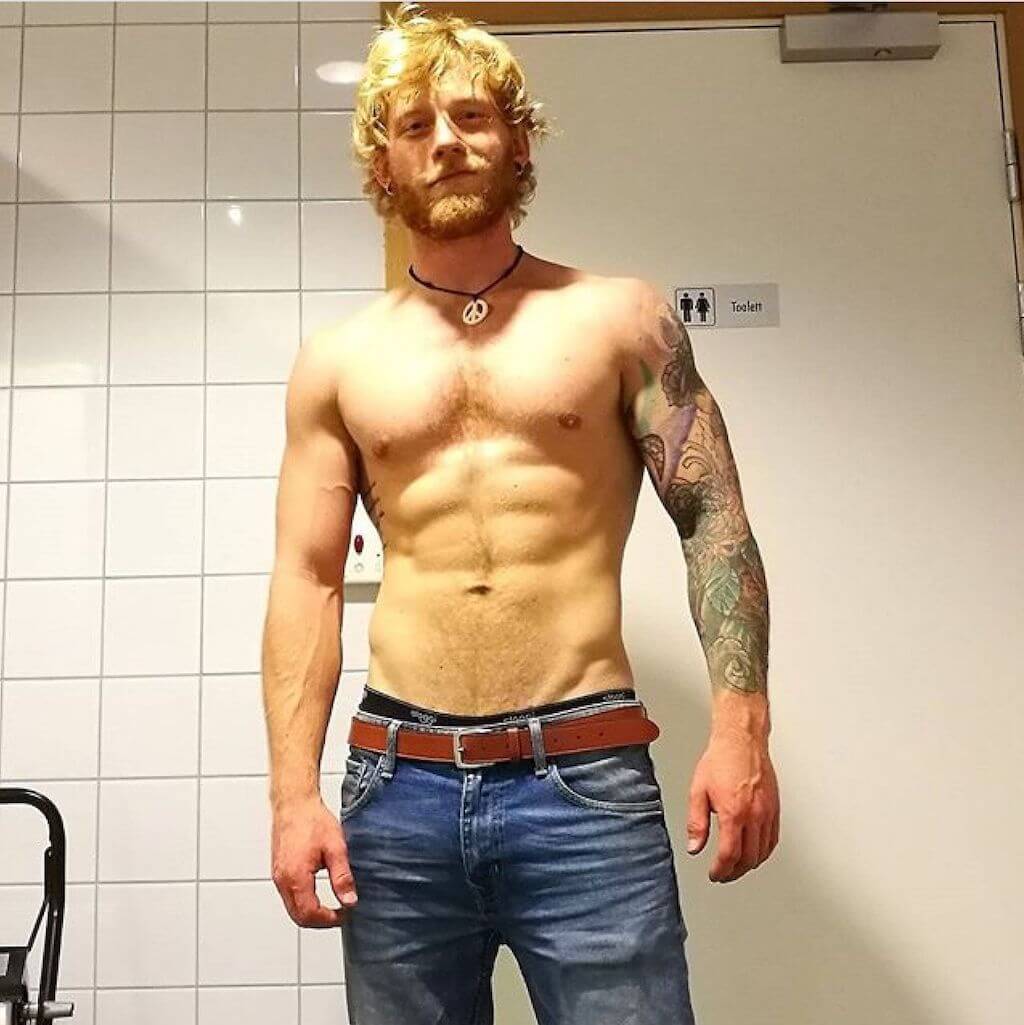 I love chicken wings. I love animals. I hate the idea that I’m eating something that used to be walking around in a field, but I also can’t resist a rich beef gravy or ribs. I recently had a great chat with the hottest Vegan on the planet, Vic. Also known as, ‘Vic The Vegan.’ We spoke about veganism, working out and of course, underwear!

Danny Polaris: So Vic the Vegan, how long have you been a vegan?

Vic the Vegan: I have been vegan for almost three years, but I was basically against veganism before looking into it. I was the kind of guy that would comment ”I will go vegan, just need to finish these ribs” on vegan YouTube videos. And just like that, over one week of research I made a decision to become a vegan advocate. It has really opened up my mind on how I look at the world, I feel happier and more connected to all animals.

DP: For someone lazy and meat-loving like myself, how would you win me over to veganism?

VtV: It’s very hard to win over people to start a vegan lifestyle, because most people will get very defensive regarding their diet and do their best to find arguments against veganism, everything from our ancestors to lions eating meat.

So the only thing I recommend is to educate yourself regarding veganism. Once you understand why people choose to live a vegan lifestyle you most probably will start eating more vegan food and eventually go vegan.

A lot of people will defend their eating habits and take personally whatever I say, but most people are still very curious regarding veganism… I really recommend checking out these documentaries that will cover how the environment is affected, how your health is affected and how the animals are affected: “Forks over knives, Cowspiracy and Earthlings”.

DP: OK, I’ll check them out, thanks. Let’s talk about something else. What do you do to keep fit?

The animals are my number one reason to stay fit, I need to show people that you can be fit on a plant-based diet in order to spread the word.

But after losing 20kg I feel amazing and I have so much energy from the food I eat, so having energy for working out is not a problem, plus I’ve got ADHD. I do remember that the hardest part about getting into fitness is the first two months, to get into the new routines. Once you get into it you will have a harder time getting out of it. 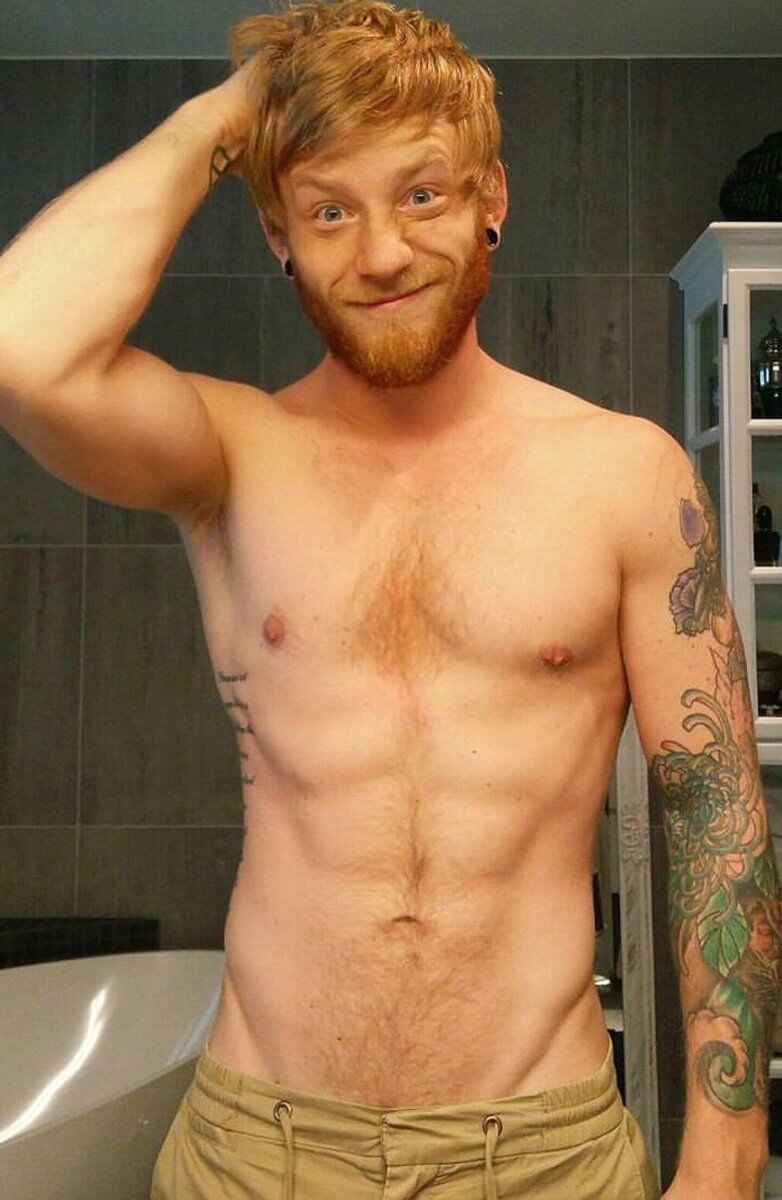 DP: There are some pretty cool gymnastics moves in your YouTube videos!

VtV: I like gymnastics, but I don’t practice it too much. I want to get into it more. I have always been the kind of guy that jumps over the gate instead of opening it, climbing up on rooftops etc, so it comes kind of natural to me.

VtV: My biggest bad habit is tobacco use, here in Sweden we have something called “Snus”, it’s tobacco that you put under your lip.

DP: What kind of guys do you go for?

DP: Well that sounds promising… in the UK a lot of guys have got a big thing for hot gingers like yourself. Do you get this kind of attention in Sweden too?

VtV: I have noticed that I have a well-liked face and body wherever I go. I don’t think I would get more attention in England then Sweden. I am very confident that I am beautiful, but I think everyone should be.

Because everyone is beautiful, you might just not see it yet. But there is someone out there for everyone. Someone who doesn’t know you yet but will still love all your bad sides along with your good sides, and think you are the prettiest person in the world. 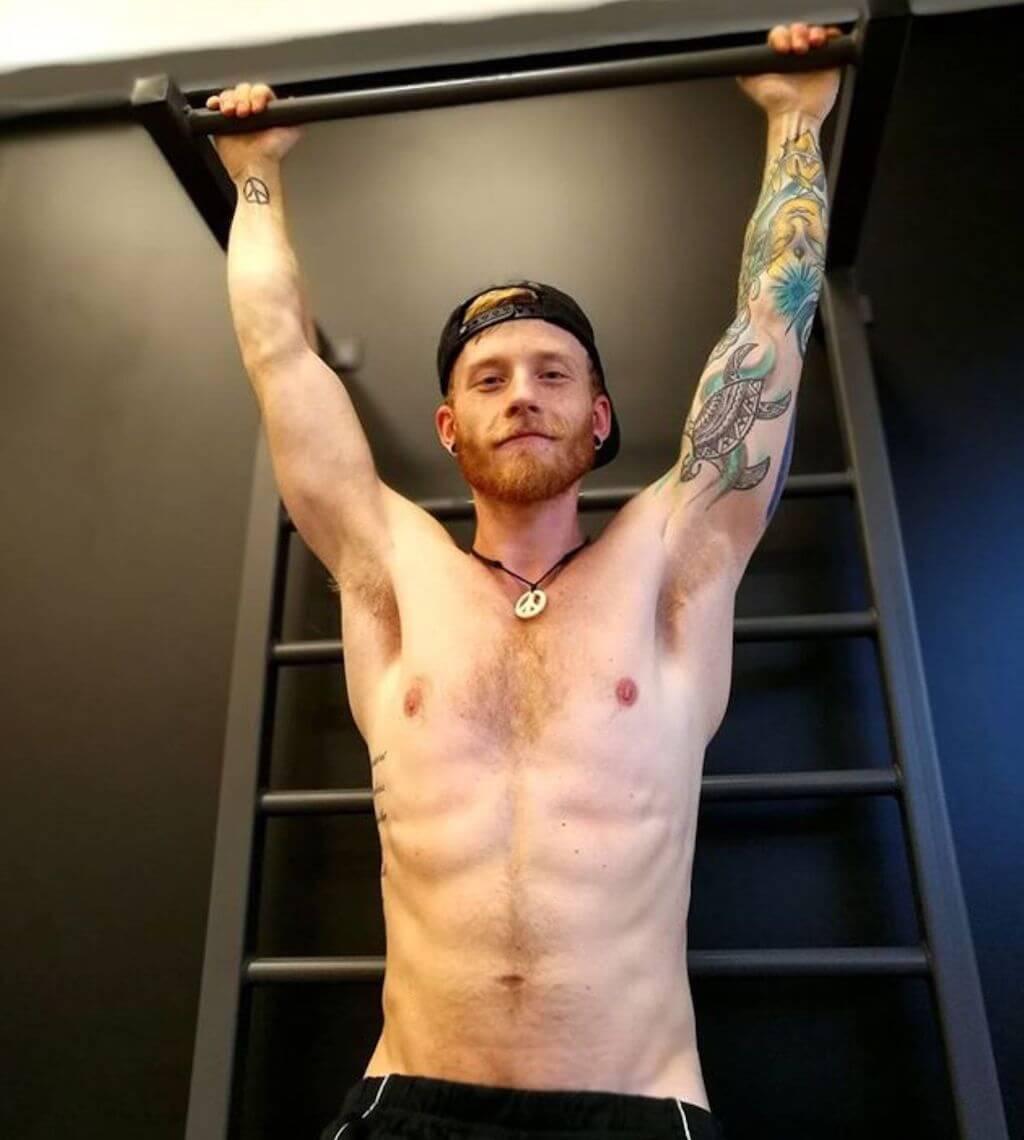 DP: Well, I hope so. I’ve been single for too long! What tasty vegan meal would you make me if we were on a first date?

VtV: If I were to cook you dinner I would probably make you some sweet potato burrito thing as I am very much into that right now. But I basically brainstorm all my dishes, just see what I get and throw it together.

VtV: Briefs are definitely my favourite kind of underwear!

Check out Vic’s YouTube channel for some awesome videos!