Briefs vs Boxer Briefs what is the best? 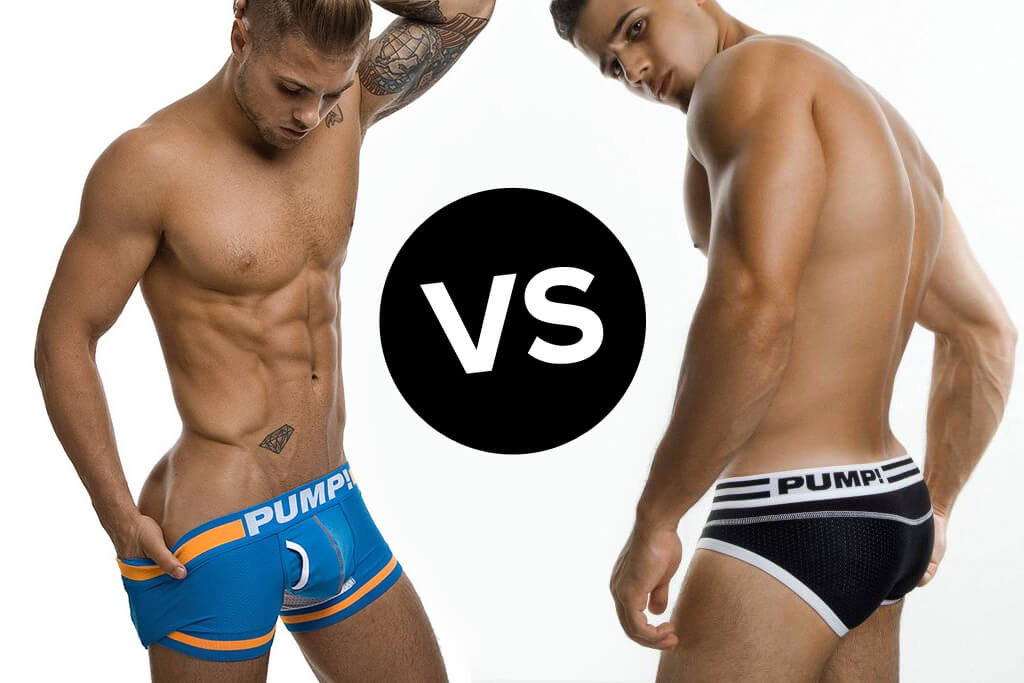 Briefs or boxer briefs? Which one is the perfect choice? Which one's the most comfortable? Isn't this an eternal topic lingering in the minds of men since the Stone Age? But let's have a look!

Definition: How awesome they look on you (specifically without pants).

There are certain things to take into account if you want great-looking underwear. Your body type is a factor. Is your belly a little round or is it flat? Do you have larger thighs? Proportions matter like they do with other clothes.

Boxer briefs give you the best of both worlds. They’re like lean shorts that give your legs that extra appeal (especially if you happen to be fit). We have Mark Wahlberg and the popular ‘90s ads he was featured in to thank. He rocked them effortlessly and people found them attractive ever since.

Sadly not everybody has the physique of a Calvin Klein model or a professional athlete. It takes a certain build to pull off underwear that’s shorter in length. It is pretty much why briefs land on the second spot.

Definition: How much support they give your manhood

The ultimate question is – what shape or type is the most comfortable for your physique? Riding up or falling out is uncomfortable and could lead to an embarrassing situation that, lets face it, nobody wants to live through. A supportive, well fitting pair will ensure that you feel confident in your decision, without the risk of becoming irritated or uncomfortable.

Briefs by far provide the most support. The better they are made, the more freedom of motion you get. Just hear what the soccer superstar David Beckham had to say about tighty-whities: “They’re comfortable. I think they feel great, especially when you’re playing soccer, as well.”

They take the second spot as they’re comfortable enough for an active day. The only one problem can be if you use a bike for driving at work, boxer briefs can be inconvenient for this. They limit your mobility. Plus they sweat faster. It does not leave a good feeling.

Definition: How well they cover and keep things in place.

Your underwear has two primary roles: (1) protection and (2) shielding the little guy from the public view.

Boxer briefs cover the inner thighs and are generally immune to the issues that apply to briefs and boxers. Justin Timberlake is said to have tried all three before settling with boxer briefs. He likes “the way they hold everything together,” which is important when he sings and dances on stage.

They are not the wrong size. However, they do not exactly cover the inner parts of your thighs. And there is chafing when your body moves around.

Definition: The extent of how they look and function as more than underwear.

They cover you up a little more than briefs. They still look like underwear but you could probably get away with them when chilling at a friend’s place for drinks and pizza.

The fact that they look like nothing else but briefs – it doesn’t make them versatile. Say a fire alarm goes off and you have to leave your house or your building in briefs. What people see is what they get.

What is better briefs vs boxer briefs?

Here’s the final score of each based on rankings (the lower the better):

Boxer briefs take the trophy hands down but briefs were quite close!

Those are guys who are pretty comfortable in their own body (and aren’t afraid to show it off!). Boxer briefs suit them well. Who is to say they won’t suit you?

That isn’t to say you should switch over to boxer briefs this instant. Remember – we’re only here to give you some guidance and perspective. It’s really your style and your call. Plus, you can choose whichever type to be included in your Gay Pack and they’ll look fab nonetheless!