8 reasons why Eurovision is gay heaven 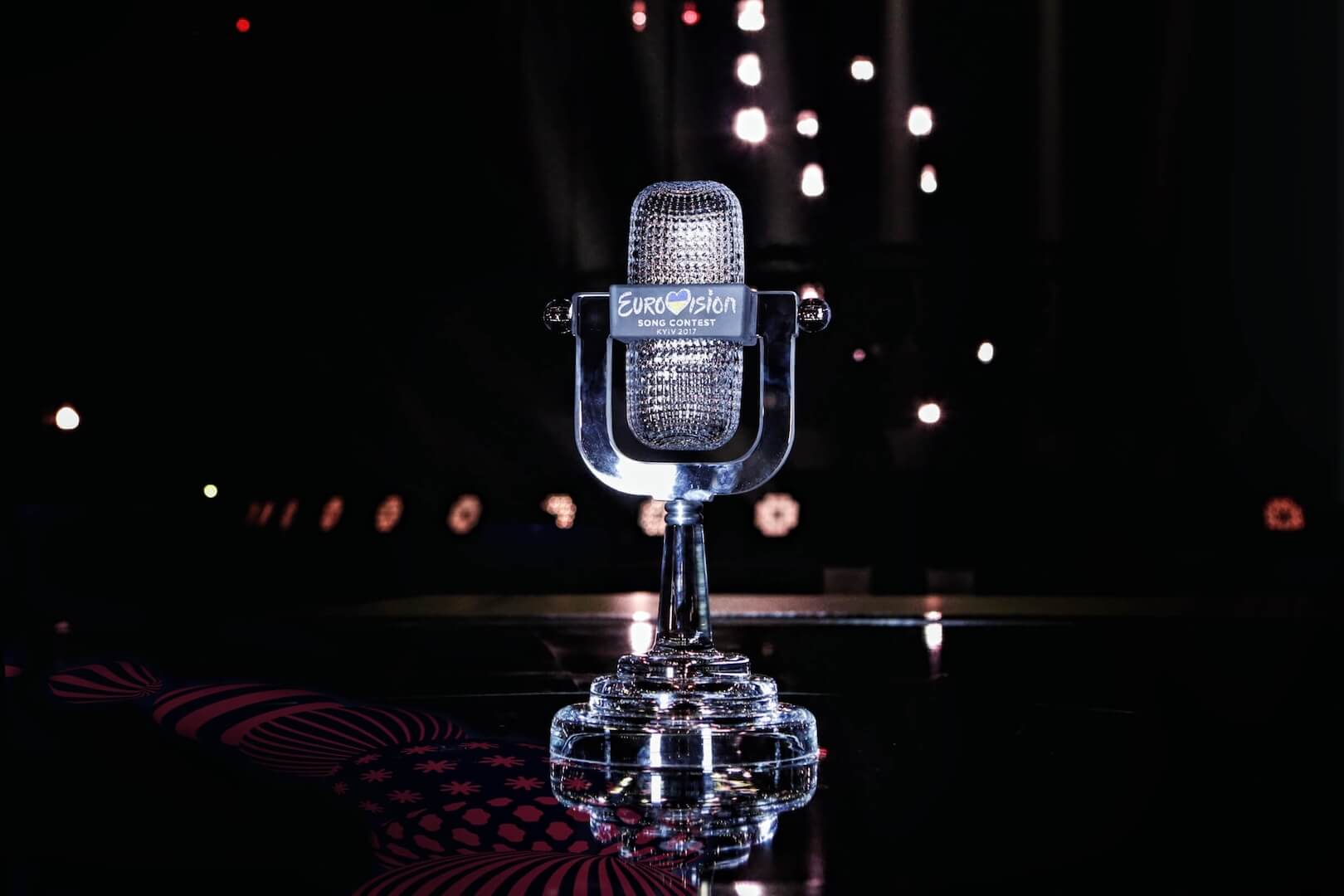 It's this time of the year again - the gay Superbowl (also know as the Eurovision Song Contest or gay Olympics) is here! While it might be obvious to some, we're on the hunt trying to find out why is Eurovision gay heaven.

Having been around for 63 years, it’s one of the world’s most watched TV shows, with some 180 million viewers worldwide. This year 43 countries compete to get the ultimate musical trophy – the Eurovision Song Contest one which comes with the right to host the contest the following year. Not bad for a prize, huh?

But you might’ve noticed in the audience shots and possibly in your Facebook feed – there’s a huge gay following. Why so? We got a few ideas:

Have you seen the costumes the performers wear? Lady Gaga and Sia have nothing compared to some of the following artists.

Yes, ABBA started at Eurovision too, back in 1974. And just look at these costumes – they’re just FABULOUS, right? Okay, a bit ridiculous too but they’re for sure some of the most memorable costumes ever.

Verka Serduchka took part for Ukraine back in 2007 and well. She has a star on her head. And lots of bling. LOTS. It was quite a fun act to follow as well. Take a look!

Yes, you’re right – these are monsters you’re seeing. Singing rock. On a stage. Please meet Lordi who were the big surprise winner in 2006 when they brought the trophy home for Finland.

There are dresses and then there is this. It’s probably one of the most fab dresses ever seen on a stage, accompanied by a superb song by Elina Nechayeva. What do you think of the 2018 Estonian entry?

If the costumes are not enough then there’s fireworks. But even that is not all. Every year the official Eurovision week is kicked off by a fab Welcome Reception which usually consists of 2 hours of red carpet interviews. All participants go down the red or pink or blue carpet (depending on the year) and get the attention of the world’s press. Of course they need to be dressed in the best possible way. Have a look at a few! 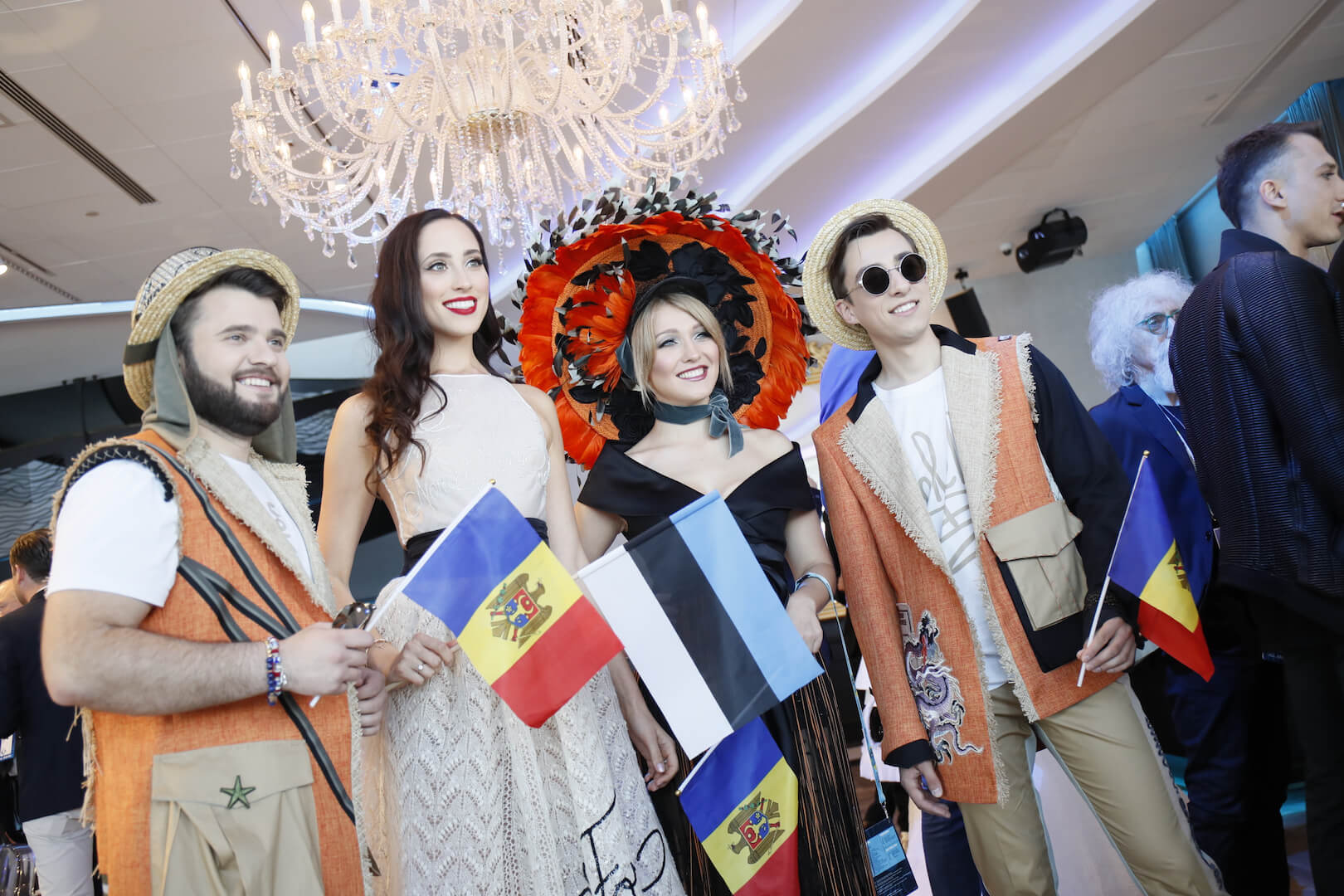 What would Eurovision and gay life be without divas? Luckily the contest has had its fair share of divas. From the performer of the song Diva to the famous ‘bearded-lady’ Conchita Wurst, Eurovision has seen it all. We’ve picked the top 5 that we loved the most

Ivi Adamou made a splash on The X Factor and went on to represent Cyprus at Eurovision. Her song, La La Love got to the final and you can see her being the most fun diva around in her live performance.

Cascada competed for Germany in 2013 while already being a massive star in Europe. After seeing her performance we’re sure there’s no diva that can rock a stadium with europop like she does.

The Ukrainian singer Ani Lorak did not only represent her country at the contest but she also hosted the Junior version of it when it got to Ukraine. Yes, she has enough divaness in her to sing AND host!

Patricia Kaas has been a superstar for decades and took the job of representing France in 2009. If you check out her dance in this song, there’s no doubt – she’s one of the biggest divas around.

Maja Keuc is the dominatrix-lookalike you never thought you’d see in prime time. When she rocked the arena for Slovenia in 2011 Europe was shocked!

And of course – Celine Dion whose career got started at the contest back in the 1980s.

It’s probably no surprise that Eurovision has always had a lot of LGBT participants. Actually, one of the very first time a transgender artist got so much attention and won a pan-European contest was in 1998 when Dana International won with her song Diva.

It was followed by a huge amount of artists that belong to the LGBTQ community and has produced at least two more publicly gay winners – Marija Šerifović and Conchita Wurst. Conchita’s song was probably one of the most convincing winners of all times and even got Cher to give her tips! Have a look!

If you checked out the previous video then you know how drama works at Eurovision. But it’s not there only on the stage but has produced lots of scandals over the years.

One year Georgia’s act didn’t make it to the contest as it was politically charged and carried the title We Don’t Want To Put In. As an apparent jab to Russia’s president whose country had invaded Georgia earlier that year, it never made it to the contest.

There has also been trouble in 2018 when there were reports the Irish song could be blocked in Russia as it showed a gay couple in it which could go against the local laws. If it would, a heavy fine and a disqualification could hit the country, though, so the chances of it happening are slim.

Some of the biggest hits ever have come from the Eurovision Song Contest. From Volare (which was actually not the title of the song!) to Waterloo to one of the latest megahits Euphoria, this has always been like the Olympic games for hit producers.

In countries like Sweden and Estonia even the national selection process swamps the charts every year and is the perfect place to showcase your talents.

If you’re lucky enough to be accredited for the contest then there is a high chance you’ll end up at the Euroclub. It’s a club that only exists for the two event weeks and usually becomes immediately one of the largest gay clubs in the world.

Diversity and tolerance has been a common theme throughout the years with some of the slogans in the past years including “All aboard”, “Building Bridges” and “Celebrate Diversity”. What better slogans could we imagine?

So, music, drama and clubbing – how could this not be a gay heaven?