How often you actually need to shower? 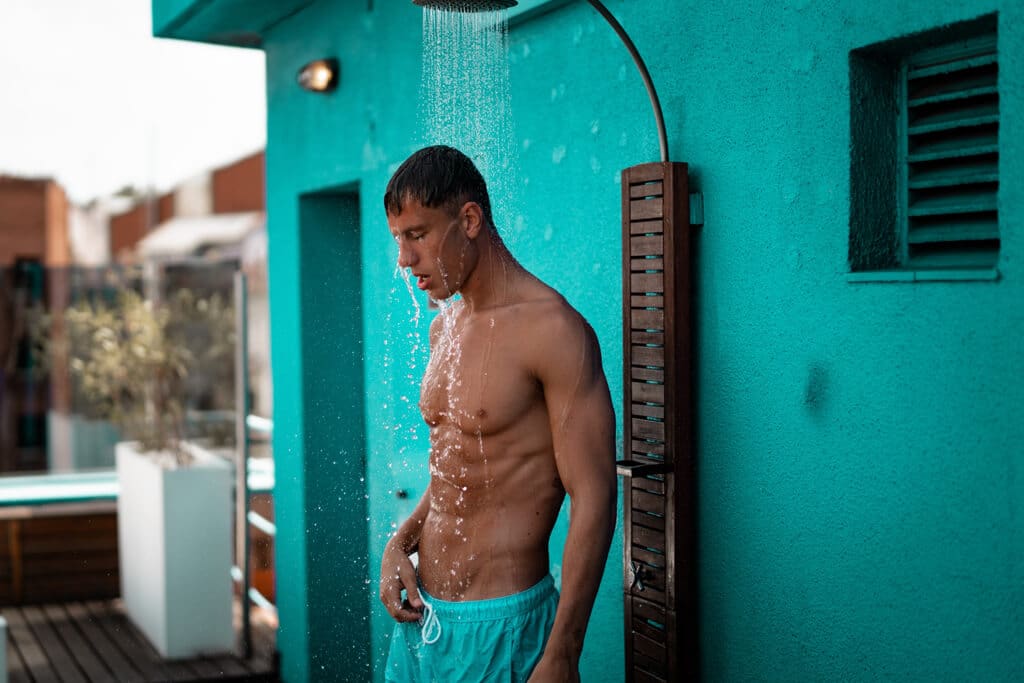 When was the last time you showered? If you're like most people, the answer is probably less than 24 hours ago.

There’s no official protocol for how often to shower, but folks around the world — in countries such as India, the US, Spain, and Mexico — all bathe about once a day (either with soap or without), according to Euromonitor International.

On Reddit’s AskAnAmerican channel, some top commenters in the US say they shower even more than that — up to twice a day, depending on how often they exercise. And in Brazil, where temperatures in some areas routinely exceed +40 ° С in the summer, some people rinse more than 11 times every week, Euromonitor says.

But are frequent showers really necessary?

The American Academy of Dermatology gives parents advice about how often to bathe their children, based on how dirty and smelly they get. If they’re not too dirty from playing, the recommendation is a bath at least once or twice a week for kids between the ages of 6 and 11. Their little developing immune systems need some dirt (organisms like bacteria and small doses of viruses and infections) in order to grow up strong.

But once we hit age 12, the official bathing guidance stops. The AAD seems to assume that just about everyone is trying to wash away those awkward teenage smells, and that most people have a daily shower routine by the time they’ve reached puberty.

Truth is, we probably don’t have to shower that much.

Soap is built to pull dirt and oil off the skin and wash it away. The science of this soapy magic is based on a two-part formula: a combination of either fat or oil plus an alkaline substance that dissolves in water (like salt or baking soda). The two ends of the soap molecule work together to pull grease and oil off of skin (or clothes, or pots and pans) and into the water.

Shampoo also strips essential oil (called sebum) out of the hair, which is why most hair experts agree you should clean your mane at most once every two to three days.

When the loss of natural oil is combined with harsh scrubbing and scalding water, a long, hot, soapy shower can become a recipe for dry skin. This is especially true in the winter, when air is drier both indoors and out.

How to keep skin healthy

Of course, no one’s going to tell you what to do in the privacy of your own bathroom, or determine which regimen is best for your shower. If a daily rinse feels like the best part of waking up, then just keep it short and follow up with a moisturising routine. On the other hand, if you’re just popping in to the water each day because it feels like you’re supposed to, then feel free to skip some of those showers.

Bathing every other day is probably plenty often, as long as it doesn’t lead to poor sniff test reviews from those closest to you.

Get the right body wash

Coming from this, it’s extremely important to choose the right body wash for your body which considers your skin type. Cleansers are formulated specifically for individual skin types, which can change slightly throughout the year, due to how often you shower and what season it is.

Colder months and frequent bathing can dry out the skin, which may mean you need to switch over to a more moisturising cleanser like SA.AL&CO hair and body wash.

Which reminds us that we have the great news that this month in our Out’n’Proud Gay Pack you’ll get this fab product.

On the road, you may need your PJs and lasts for your shoes, but also your favorite 011 Hair & Body Wash in Travel Size.

Remember, whether you’re oily and acne-prone or dry and flaky, the cleanser you use in the shower has major effects on your skin’s behaviour. An oily cleanser might be too harsh for dry skin, and a highly fragranced cleanser could irritate or set off an allergy in individuals who are susceptible.

So, what have we learned? Bathe as often as needed and as little as possible. BUT always do it with a cleanser that suits your body type.